Ben then followed me! I then realised that Ben co-founded Dev 🤦🏼‍♂️, a community I had joined a couple of years ago.

Looking at Ben’s timeline, then remembering what a fabulous, transparent, inclusive and constructive community Dev is, I also remembered an announcement that Dev was now open source! My brain started conjuring up crazy plans for a community that I had been thinking about that would also mirror the same ethics, but for something totally different. So I asked!

Ben replied and that was all I needed. Dev wasn’t really ready for new communities yet, but they were willing to help me get started 🚀.

On the same evening, I downloaded the source code and I couldn’t believe it. Dev was built on Rails!

I am a hobbyist Dev and Rails is close to my heart (as is Ruby) - it is the only programming language that maps to my brain. All of a sudden I realised that I could combine the two things that I am passionate about, Ruby on Rails and Mixed Martial Arts 😎.

However, after downloading the source code and firing it up locally, I soon realised how much more I would need to learn if I wanted to get going earlier than Dev had planned.

Come January, in my spare time, after a steep learning curve and lots of help from the Dev team, this is what I launched 👇🏼 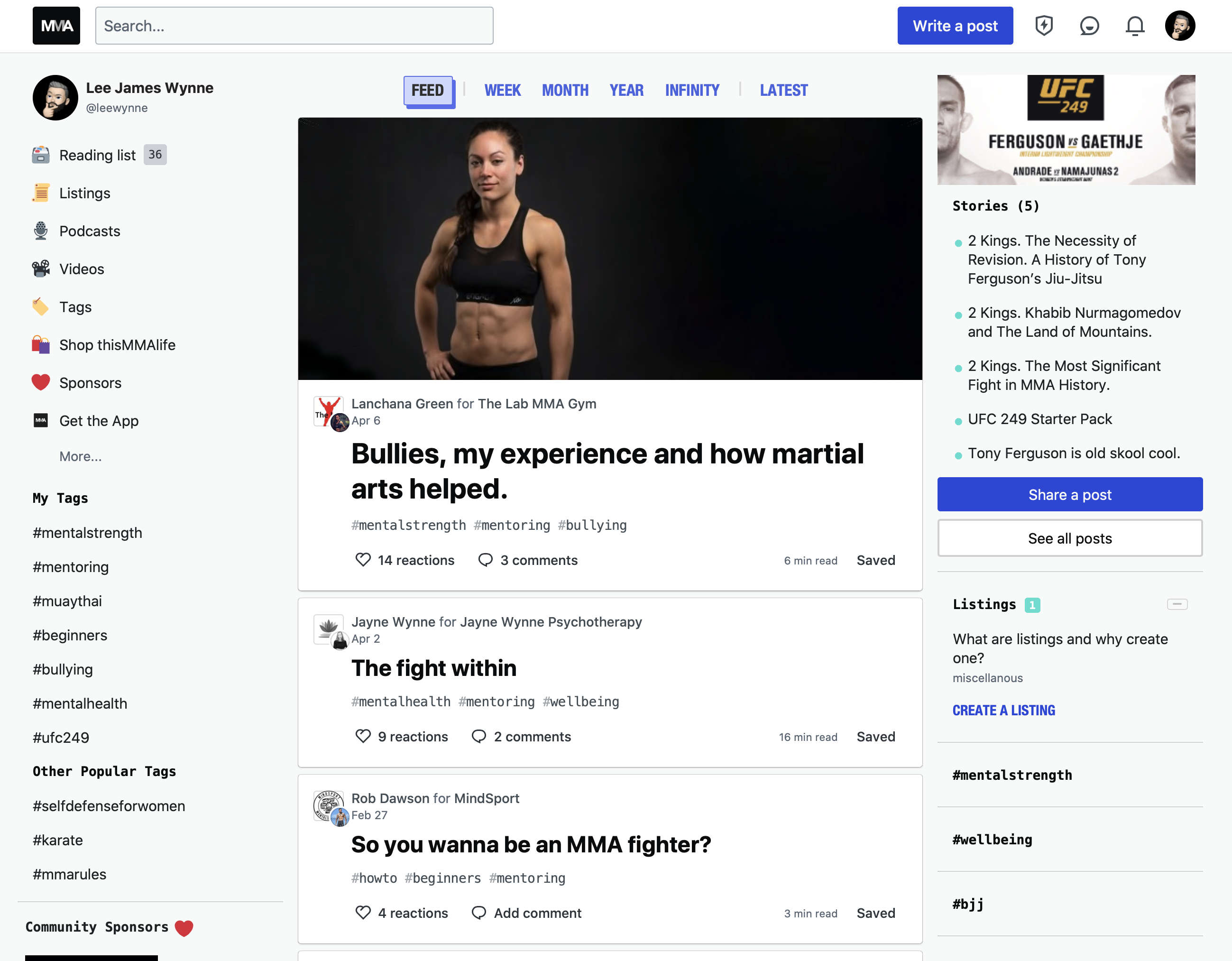 I was lucky enough to also get the iOS and Android versions out the door a week later, as well as my shop!

There are lots of reasons why I felt compelled to start thisMMAlife, most of which I have outlined here but the Dev platform definitely inspired me to get started.

I hope that I have also helped accelerate the generalisation required to get Dev available as an open-source community platform for anyone out there willing to get started when it’s available.

If anyone in the Dev community practices any form of martial arts or anything related to it, please feel free to contribute as we are still growing and need as much help as possible!

Thank you to the whole core Dev team, really appreciated the help 🙏🏼.